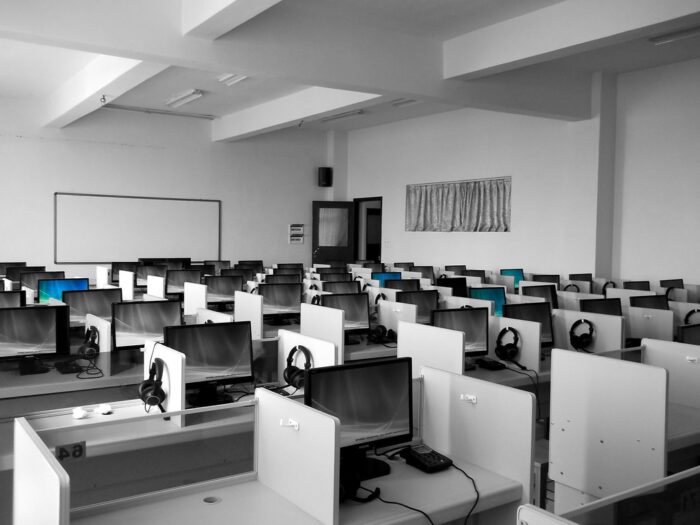 Neha Shaji is a Student Fellow in the Educational Incubator ‘Decolonial Knowledge Production and Antiracist Pedagogy’ project. This is a reflective piece written mid-project, on engaging with taught students in decolonial work.

Around 2018/2019, I wanted to know what I could do to engage with the process of decolonising the curriculum, practice and environment. Initially, I surmised my role (I was Subject Chair) would primarily involve collecting opinions about diversified reading lists and classroom etiquette, to pass them on to academics who would then do the “real” decolonial work. I was then animated by my department who folded students into every step of it, treating myself and others not as opinion banks but rather collaborators in this long, rewarding and essential process. This was, to me, the best way to go about it.

Students are not just integral to the process of academic decolonisation but rather active potential participants within it. For years now, universities and student unions have discussed the issues around diversified reading lists to the extent that it threatened to overshadow cultural conversation outside academic circles. The solution to this seemed to be a liberal rush of questionnaires, focus groups and infographics asking what belongs on a reading list, what material outside the “canon” should be taught, and how would they like to see books taught. Whilst feedback is, indeed, vital to any process — students are not consumers of education. As such, this marketplace of anti-racist ideas becomes an unfortunate parallel to the marketisation of academia itself, driven by demand. This herds students into a singular role, of producing ideas and being detached from the processes that go into enacting it.

To clarify, decolonisation is a constant disruptive undertaking. There is no end in sight, and no amount of melanated reading lists would bring you closer to the proverbial check-box. Students are participants in this process, ideally grilling their own approaches, methods, and ethics across anything they commit to academically. The first year who writes an essay on the Iron Man films’ portrayal of American capitalism and military propaganda, questioning their own ideas of cinema and neocolonialism — they too are contributing to this decolonial process. Students do not passively receive what is taught, they engage with it, process it, and recreate it within seminar rooms — they too have elements of control in a classroom environment. Antiracist pedagogy runs hand in hand with antiracist scholarship, not as a two-way street but rather as colliding and collaborating positive disorder across the University.

This is not a new idea. Within English, where I’m personally based, several undergraduate students I have known across my time here were absorbed in these lines of thought. In this video series, sponsored and run by the Education Incubator and Exeter Decolonising Network, I speak to former students about their approaches, the boundaries of what they could do, and the challenges they faced. These were talented undergraduate researchers, who in the act of questioning power in their writing and in interrogating their own preconceived notions of power, became part of the University’s decolonial process. They have proven that it’s not the product but the process — not the primary source or the research output but the process of chewing through it.

This is not to say that students are a vast mine of untapped potential in decolonial work. That is to risk sliding back into the language of consumption and production. What I’m saying is that it is happening, that students are engaging with it beyond reading list suggestions and focus groups. This is not a call for more action or less, but a call to take a minute and look around to see that undergraduate students, from first years to finalists, are interrogating, deconstructing, and rebuilding. Decolonial work is often exhausting and isolating, a slow process that does not and should not have a temporal end or a chronological checklist. But when the endless institutional climb feels Sisyphean, it is nice to remember that all around you, this work is showing results — the desks aren’t empty. The labour you have put in across the years is visible, all around and ongoing, and that they are in this too.