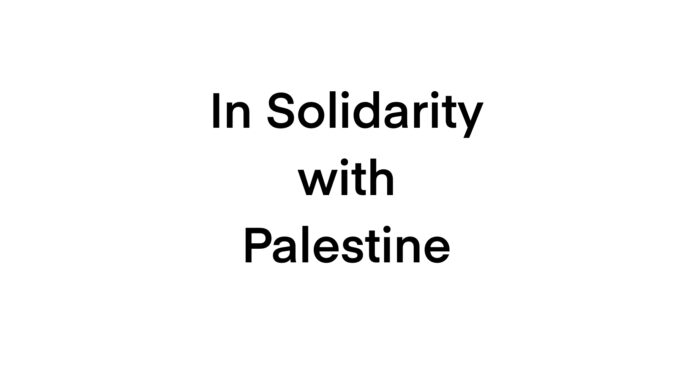 An Open Letter by staff at the University of Exeter

We, the undersigned, stand in solidarity with the Palestinian people as they face continuing bombardment of the Gaza Strip by Israeli forces, dispossession in Sheikh Jarrah by settlers and the Israeli state, and the brutality of coordinated violent assaults within ‘48 Palestine. We also stand with the Palestinian people as they resist, with courage and creativity. This is not a conflict between two equal sides. It is the longterm occupation and blockade of Gaza, apartheid in ‘48 Palestine and Jerusalem, and ethnic cleansing in all of historical Palestine by a powerful military state, armed and supported by Western nations. What is happening now in Gaza, Jerusalem and cities across ’48 Palestine is not a ‘flare up’ of age-old hostility or conflict. It is the face of settler colonialism.

The latest strikes and assaults began during the month of Ramadan, killing hundreds of Palestinian civilians, including many children. In an attack on press freedom Gaza Tower, housing international news agencies, has been destroyed by precise Israeli aerial bombardment. We condemn the actions of the Israeli government and the complicity of the UK through supplying this government with arms.

We call on the UK government and other international governments to put political pressure and economic sanctions on Israel to cease its attacks on the Gaza Strip and stop its attempt to ethnically cleanse Palestinian families from their homes in Sheikh Jarrah. We call on the University of Exeter to fully divest from and end all research collaboration with the military and all arms companies, including those that work with the state of Israel. As staff at the University, we cannot be complicit in settler colonial violence or its normalisation.

Decolonising the University cannot just be about decolonising the academic canon. We also call for the University of Exeter to drop the IHRA definition of antisemitism, which functions to silence those who speak out against the brutality of the Israeli state. Instead, we ask the University to reaffirm its rejection of all intersecting forms of racism, and to adopt definitions of antisemitism that protect the dignity of the Jewish people without turning a blind eye to Israeli settler colonialism, such as the Jerusalem Declaration on Antisemitism. We also call for a change in language: what we are witnessing in ’48 Palestine is not ‘mob violence’ or the onset of ‘civil war’. It is lynching, ethnic cleansing, apartheid and decades of violent suppression.

If you would like to add your signature, please email: exeterdecolonising@gmail.com