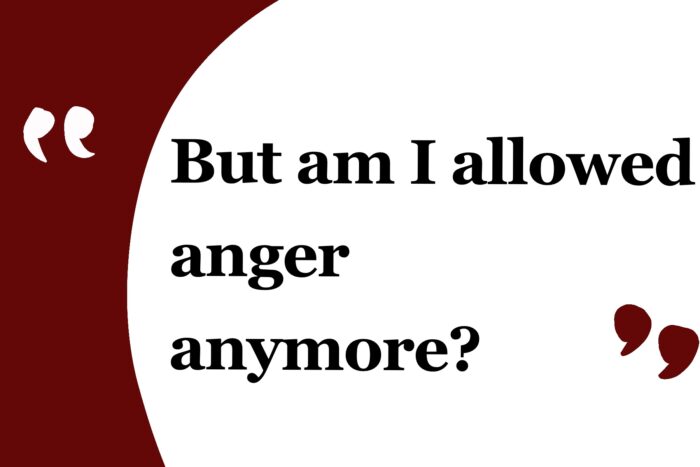 This reflection and intervention is written by Neha Shaji, one of our Student Fellows.

In 2020, The Wire India wrote an article about how the caste system was wielded in the country’s prisons as a tool for occupational hierarchy and segregation. This rule, alongside several others, was established in the colonial Prisons Act of 1894. Subcontinental politicians and authors spend their time agitating for the return of the Koh-i-Noor diamond, as our scholars attempt to unpick the centuries of colonial brutality, as our technical institutions focus on development and scientific advancement in the wake of the British Raj’s economic suppression. Meanwhile, there are some layers in this palimpsest of brutalisation that were allowed to remain – these old laws on caste, on “unnatural” sex, on the criminality of ‘sedition’. The argument is that the Empire codified casteism and homophobia and censorship. But these are laws that were allowed to remain, and weaponised based on what the new hegemony wanted. It was violence that created these laws; it is also violence that let them persist.

(Is it still violence if a Patel, Sunak or Javid does it?)

How does this affect us – in Exeter? How does it affect the decolonial movement taking place across the United Kingdom? It affects us in that decolonisation has, in its adoption by institutional bodies, become a synonym for “the race thing”. Intersectionality is left to the wayside in the favour of diversity; and we see it as a win that more Brown people are hired in positions of equality across the country. So think of these subcontinental names involved in conversations around decoloniality, and you will realise the delightful array of upper caste Brahmin surnames. Of the Sharmas and Raos, of Deshmukhs and Dwivedis. Perhaps this is accidental. Or perhaps there are elements of de-centering colonialism that involve these incredibly uncomfortable questions asked of its very proponents. And what of sexuality? Is queering the curriculum so different from decolonising it; to the extent that queerness is so often studied separately to decoloniality?

(Is it because some of this bigotry goes unchallenged in these circles?)

There is no “goal” in decolonising, it is a continual process, a perpetual agitation towards structures of power. That’s why I wanted to start this piece with this series of discomfiting almost-accusations. Are we interrogating things like casteism, homophobia, and transphobia in our cause? Are Brahmin supremacy or homophobia written off as just side effects of colonisation, or are we being proactive in unpicking these uncomfortable questions too? Yes; colonisation established binary genders in several societies. Shouldn’t that mean we agitate against transphobia as well – or is that also too close to discomfort?

Don’t get me wrong – this is not purely an exercise in self criticism. Because a lot of the flattening of this process nationwide into a “brand”, into a series of checklists and hiring practices comes from the marketisation of higher education. Three years ago, the word was diversity. Now this word takes over, and institutions are quick to comment on how they are decolonial, not the liberal outdated diverse. But there comes a point that you must sit back and wonder how far this branding can go, considering the majority of universities in the country are colonial institutions. I don’t think managerial bodies across the nation are funding a complete self-destruction and rebuilding. So the question is – then what are they funding?

(Poster children? Black and brown faces on a catalogue?)

Nationwide, corporate institutions aim to separate the aesthetics of revolution from the actuality of it. You know that young boys putting Bhagat Singh, or Ulrike Meinhof, or Che Guevara on a T-Shirt is a preservation and prioritisation of an image and does not say anything tangible about a cause. Corporate bodies, yes including the mass corporate body that is the UK Government, love engaging with the aesthetics of a poster child. Hence, those of us invested in decolonising a University should also think about where we sit in this image focused activism. That corporate legitimisation leads to corporate constraints on intellectual and practical work. This too is uncomfortable to ask of ourselves, or of the nation.

A decolonised University does not exist. It is imaginary, it is utopian, and above all, it continues agitating at itself. That hasn’t stopped institutions over the last year claiming that they will decolonise, or become anti-racist by X year and Y month. That the layers upon layers of epistemological and environmental violence will be solved and healed. But the purpose of this healing is to avoid painless scarification, it is the constant lifting at scabs to poke at the grittiness within and pour iodine on the wound. The point is that it hurts to do, the point is that it makes us reopen our own wounds and those caused by others.

(Do we think that we haven’t wounded another? Do we not hold our own biases?)

But this codification of anti-racism into processes and procedures does have one benefit. It quells anger, does it not? Because three years ago on a cloudy March afternoon, students and staff gathered in front of the Forum and shouted their pain and anger into the sky above. But we have boxes now. To put the anger into folded letters and slot them in the necessary pigeonholes. Building decoloniality into the concrete of colonial institutions, where there are different entrances to take if you are the one that was hurt instead of the one doing the hurting. Sometimes you cannot help but feel as if you can no longer get angry – that kicking up a fuss is unproductive and useless, that you risk toppling the scaffolding that took so long to build.

But perhaps that fuss needed to have been kicked up, to have achieved that structural change in the first place. Perhaps this scaffolding wouldn’t have been built, had someone not made a fuss and gotten angry.

Is our need for change, pursuit of justice, and self-interrogation allowed to thrash around and throw a tantrum, or would that make decoloniality look childish and immature? Must we now care about grown up things and talk about how we will contribute positive outcomes to this cause, this country? The poster children glued onto the rickety scaffolding of a commitment to decolonise – behaving as one ought to. Self immolation is no longer necessary – the powers that be have ensured that there remains a safe path, as long as you traverse it in daylight and do not stray.

(But will you leave me at least a little bit of my anger to hold on to at night? Or must I lock that away and institutionalise it – must I tuck it away as something reserved for naughty, mischievous children?)

Anger is seen as attention seeking. Anger is seen as drawing the wrong kind of attention, it is seen as a failure in picking your battles. It draws a picture of you in the mind and you don’t forget that picture – vengeful, wrathful, spiteful. Demanding change instead of requesting it. Being irritating, setting fires when fires do not need to be set. It draws attention – it isn’t what we need, it is child’s play to fall over and cry as loudly as you can so someone comes running.

Sometimes we forget, however, that someone does come. That the tantrum meant something has changed irrevocably. That reluctantly, more scaffolding is erected – until one day it towers over the colonial concrete it was built over.

I don’t ask these difficult questions of any individual, institution, or country. I ask them of myself, having wanted so fervently to be part of a process, any process that I forget how procedures themselves are constructed. They are questions I had around caste and queerness, privilege and identity. And mainly – on behaving like I ought to, like we ought to. The playing field is different than it was three years ago, for both better and worse. There are so many good things happening: so many positive contributions, so much more room to manoeuvre and take a breath in. I feel like I should be grateful, graceful, and still. But in this stillness – these uncomfortable questions rise up like old wounds in the winter.

(Am I allowed to ask these questions?)